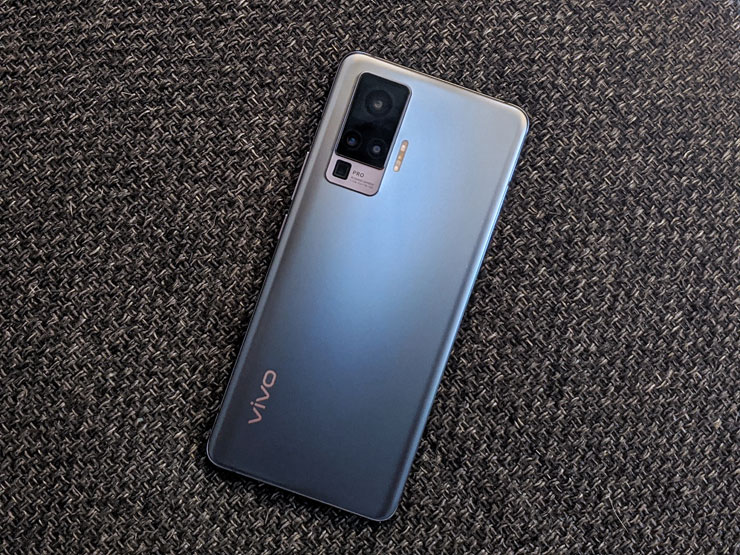 If you look back at the phones we used to carry around just a few years ago and the ones we see now. Don’t you think we have come too far? There were times when you would be happy with a smartphone with 2 GBs of RAM, a good 16MP camera and 5-inch displays. And now, even 6 GB of RAM with 48MP camera and extraordinary features seems reasonable. Vivo X50 Pro series has taken things to a new high.

This unrivalled newest entry from Vivo has set some superior expectations for the market. These days, users look for more than just processors, seamless use and storage. Right now, the camera and photography have all the attention. Companies are focusing on creating a superior camera and image processing features. And Vivo X50 Pro has taken lead in this race with its latest gimbal system.

Speaking of the basics

But, before we talk of the elephant in the room, let’s have a look at its other exciting features and specs. As soon as you open the box, there is no doubt that it is an impressive phone. The appearance is quite catchy and attractive. It has a large 6.56 inch AMOLED screen with a nicely placed punch-hole camera notch. The HDR10+ display with 90Hz refresh rate steals the show.

What’s under the hood

Under the hood, you will find a Snapdragon 765G CPU and reasonable 4300 mAh battery. The CPU is an octa-core chipset with various 2.4 and 1.8 GHz Kyro 475 processors. If that’s not enough, you might change your perception when you know that X50 Pro is 5G enabled. What’s more, is an attractive 8 GB RAM and 128 GB (also available in 256 GB) of storage. All this storage would be sufficient for you when go on a photography spree with its amazing camera.

Let’s not keep you waiting and quickly unveil the details of the camera. The device is equipped with a quad-camera gimbal setup. While the placement and setup of the camera are a little unconventional, leaving you with a bulge, but it gets the job done. There is a 48 MP main camera along with two 8 MP Ultrawide angle and Telephoto camera. And lastly a 13 MP portrait camera with 2x Optical zoom. And on the front, you will get a 32 MP punch-hole camera. Finishing up the setup with a cherry on top is a standard Triple-LED dual-tone flash.

Now with that covered, we can come back to the other aspects of this aluminium framed 180g beast. You get a Dual-SIM with 5G and LTE-A support along with a USB-C port and NFC. Alike most of its other devices, Vivo has gone with an under-display fingerprint reader. One thing that you might have to comprise is with water resistance. Though there are some protective measures in place, the company hasn’t revealed any official details.

Stuff in the box

Jumping into the box, you would find a standard silicon cover with 33W charger brick, a USB-C cable and an above average (quite good audio though) wired earphones. The Vivo X50 Pro runs on Android 10 along with Vivo’s own Funtouch 10.5 UI (with no details on the update support timelines). Lastly, the device is quite sleek and slim with curved glass. Making it easier to handle the large size.

The device performs quite well on the performance tests, and amazing photos and video quality. Though it is not on the top of the chart like the other flagships, it is quite an amazing piece of tech and worth putting your money into.